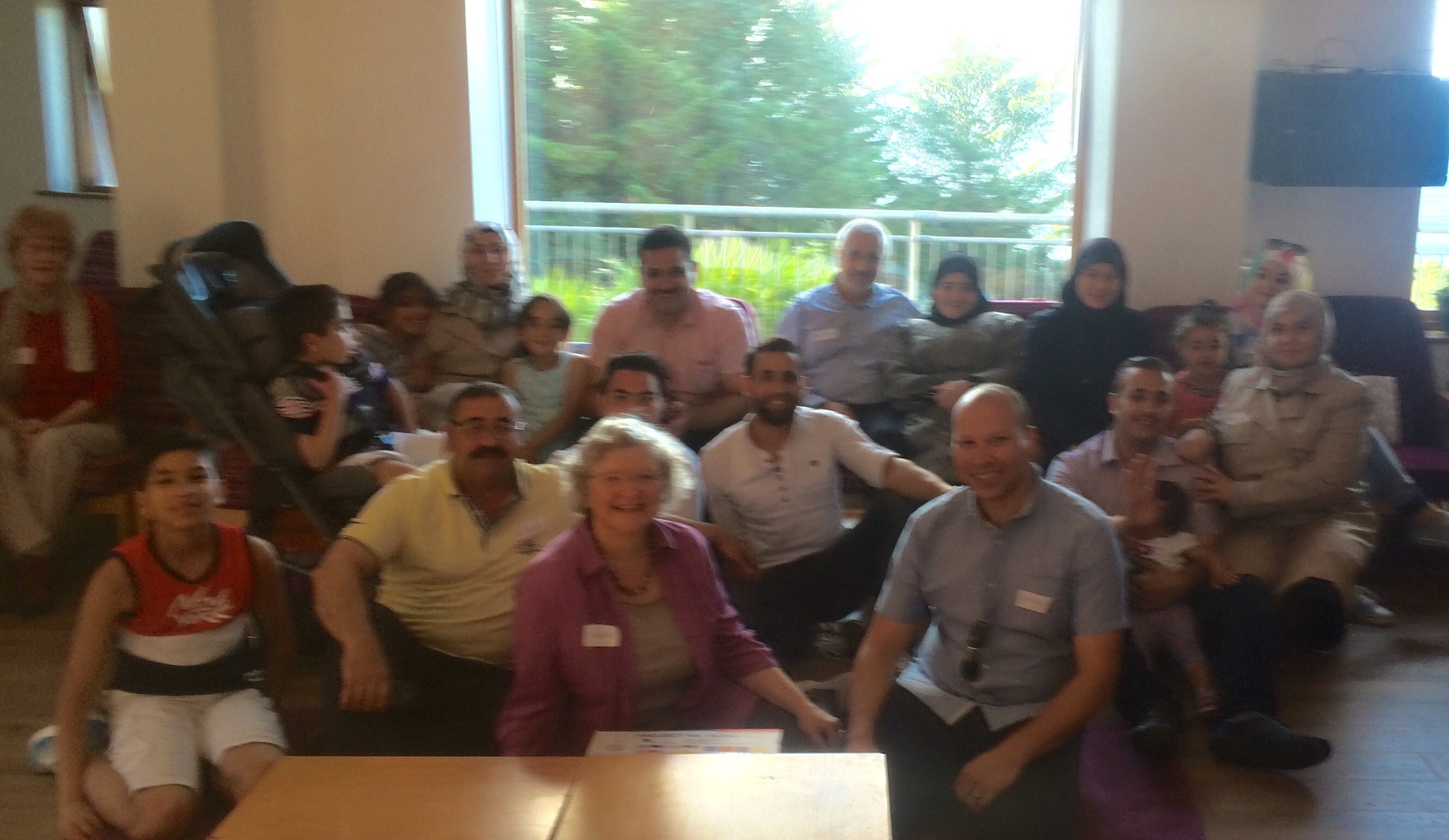 The Causeway Borough of Sanctuary group started in 2014 after Inderjit Bhogal, then Leader of
Corrymeela, came to Coleraine to speak about the CoS movement. Our Group covers the north
coast area of Northern Ireland which has several areas of outstanding natural beauty.
Groups of Syrian refugees have come to Northern Ireland under UNHCR Vulnerable Persons
Resettlement Scheme (VPRS) as part of the U.K.’s five year plan of settling refugees. After the
first group went to Belfast, a second group came to Derry/Londonderry.
As Chair of the Causeway Sanctuary Group I attended the ‘Sanctuary Breaks’ workshop at the
CoS AGM in Cardiff 2016 where I heard about breaks organised in rural Wales. On return home,
I liaised with the Derry/Londonderry Sanctuary Group who put me in touch with Sameh Hassan,
General Secretary, North West Islamic Association. He became my link person for communicating
with the Syrian group and for organising the sanctuary break itself.
We developed the idea of the group going for the day to the Ballycastle site of the Corrymeela
Community on the coast outside Ballycastle, Co Antrim. Corrymeela is a Reconciliation Community
which has been working in Northern Ireland since the 1960s. I spoke with the current Corrymeela
Leader Pádraig O’Tuama about the project and he pledged their support. I then worked with Matt
Scrimgeour, Hospitality Manager, on the details. 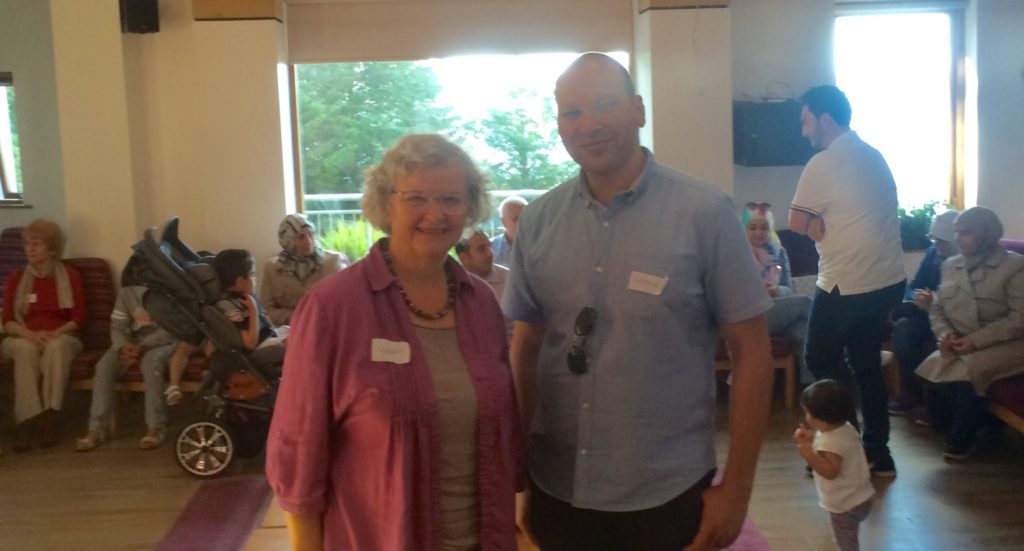 We initially had planned to bring the group to Coleraine by train (which is a renowned scenic
railway journey.) But we discovered that the agreed date 8th July was on the weekend of the Irish
Open Golf Championship in nearby Portstewart! (Thousands of people would be travelling into the
area at that time) So with Corrymeela’s help, we arranged for direct coach travel from Derry/
Londonderry to Corrymeela’s Ballycastle site.
The Corrymeela kitchens said they could provide halal food. There was also space available on
site for daily prayers. One of our CBoS Committee members Lee offered several volunteers from
her church, the Vineyard, to provide ‘pampering sessions’ for the women in the group.
Corrymeela’s long term volunteers would also be on site to help out.
In all seventeen adults came with ten children, including two babies. We had eleven helpers
including CBoS Committee members as well as the Corrymeela volunteers. (38 visitors in total).
Sameh worked as our translator for the day.
It was a beautiful sunny day when we welcomed the coach full of Syrians onto the Corrymeela site
high on the cliff overlooking the sea.
After lunch,we had arranged a flexible agenda for the day including ‘a tour of the site’. The children
gravitated to the play area just outside the main house. I didn’t quite know what we would do with
the men while the women started their pampering session but I saw that some volunteers and
some Syrians had started playing football in the green area near the house! Others joined in and a
match took place!
A quote from one of the players afterwards:
‘I enjoyed playing football! I have not played since leaving Syria five years ago’.
We then took a short walk to the beach near Ballycastle. Buckets and spades materialised from a
Corrymeela volunteer’s car boot! And some hardy members of the group went in for a swim. It
remained a beautiful sunny day while we were on the beach as we all enjoyed the fresh air and
scenic surroundings.
We then had a ‘ gathering meeting’ back at the main house to talk about the day before having tea
at 6pm. Thanks were expressed both by the organisers to all the helpers and by the Syrians for

their ‘day out’. Again we were helped by Sameh interpreting. Ahmed, CBoS Committee member,
had bought some sweets for the children which we took to the coach for their journey home.
We then said goodbye as the group got on the coach in the sunshine to go back to Derry/
Londonderry!
I would like to thank Sameh and the North West Islamic Association for all their help in liaising and
helping to organise the break. We are also indebted to the staff of Corrymeela, including Matt and
the long-term volunteers who assisted and played with the children. The CBoS Committee
members also attended providing a range of support. It was great working in partnership with
several groups who all provided practical support, interest and warmth together throughout the day.
Yvonne Boyle
Chair, Causeway Borough of Sanctuary.